A different approach was taken when we returned our focus to ez2view v2 in mid-2007, building out of our deSide® codebase, but including the zonal demand and inter-zonal transfers we’d obtained from the mainland TNSPs at this point.

Here’s a snapshot from June 2007 for the NSW region: 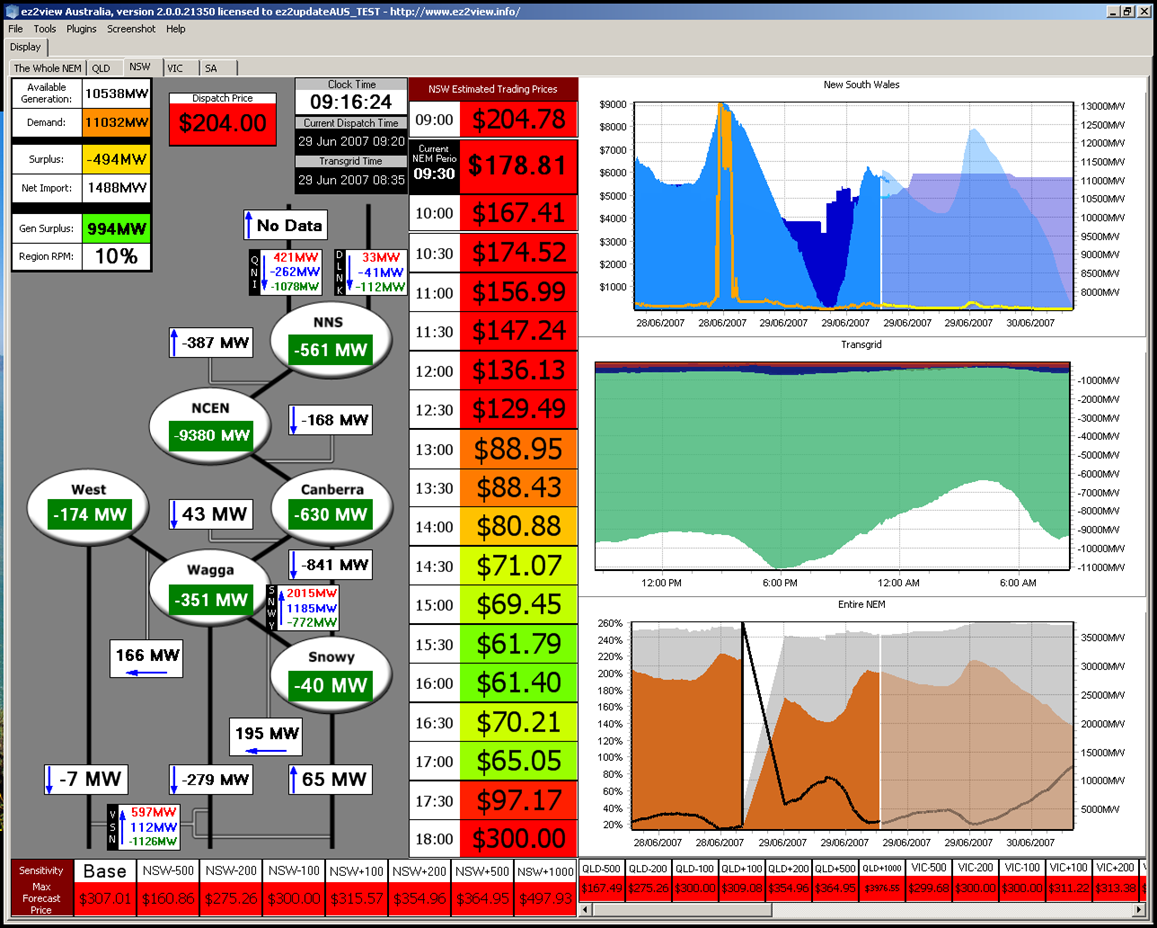 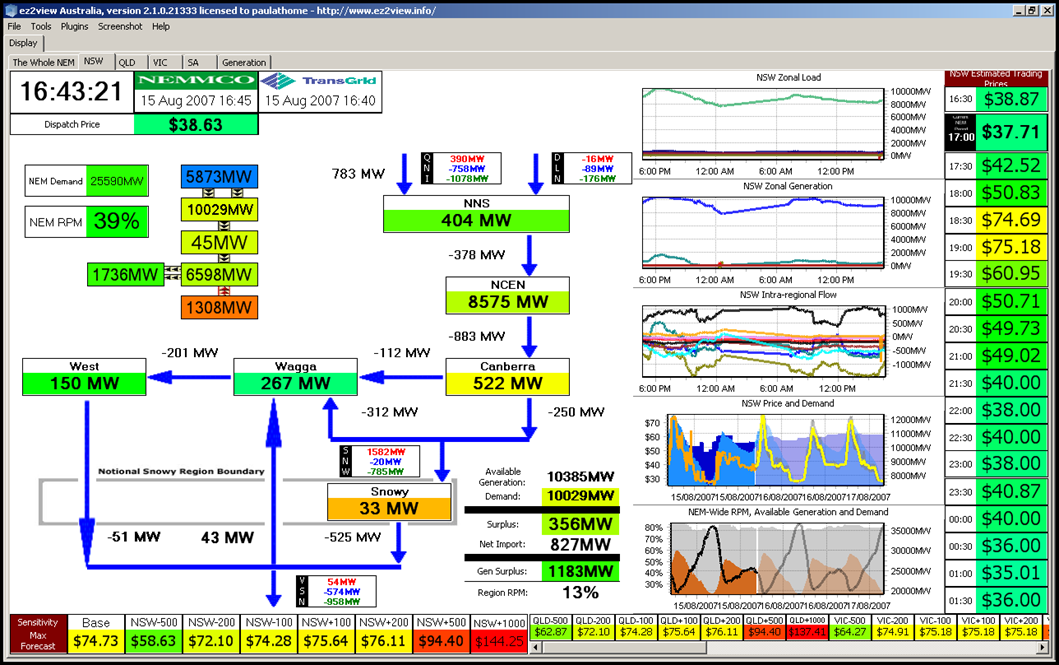 By the time v2.3.1.1 came around (in this snapshot from Nov 2018) more tabs had been added to the application: 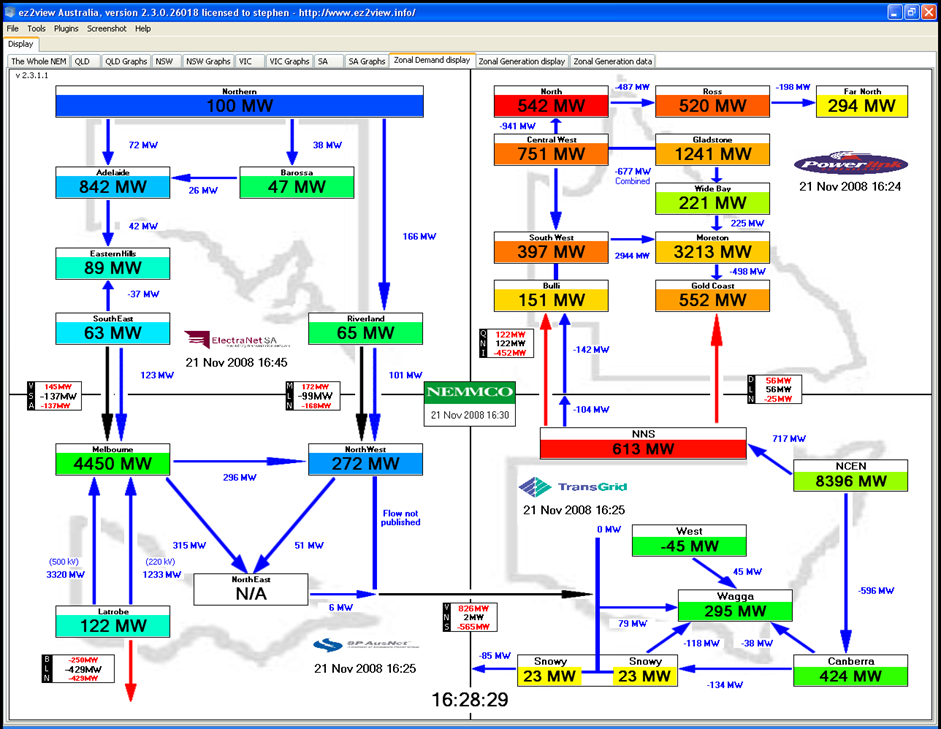 In the absence of live generation output data (which occurred in late 2010 and spurred the move to ez2view v4 and above), the TNSP data published by TransGrid proved useful for calculating a live aggregate output for ‘Snowy Generation (North)’ and ‘Snowy Generation (South)’ – as shown in this snapshot of January 2009 in v2.3.0: 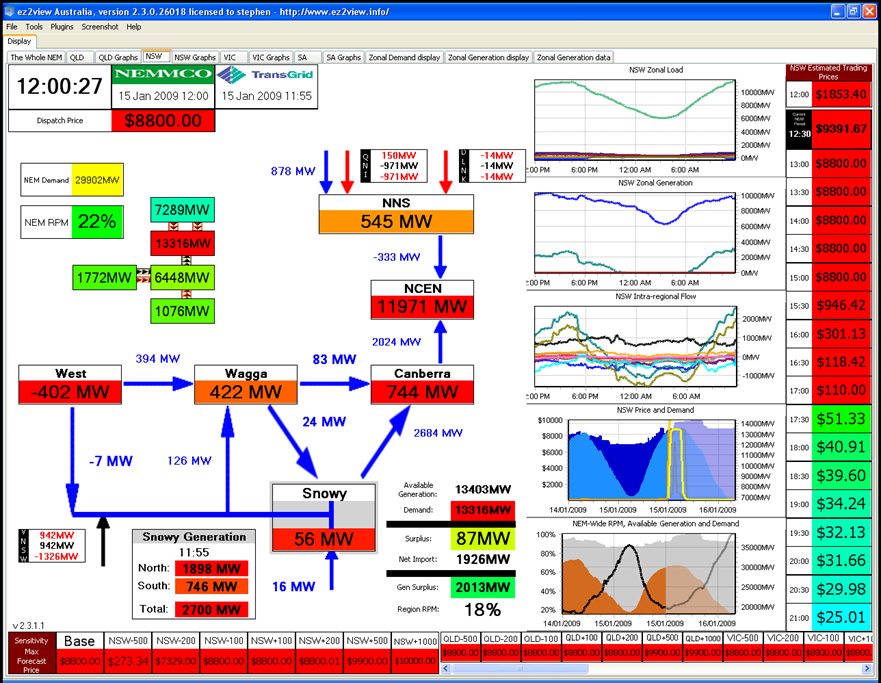 The same types of calculations were also embedded for the VIC region: 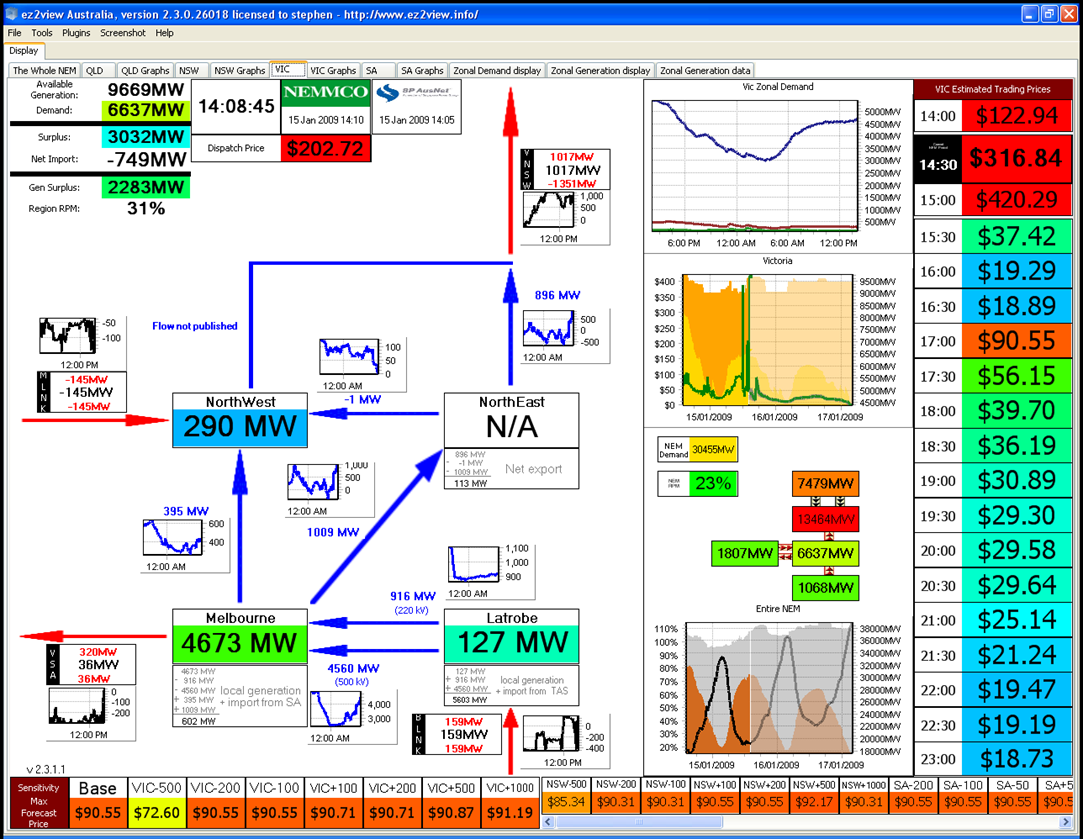