Following the release of version 4.0 late in 2010, we’d pushed onward with the ongoing development.

This culminated in the release of the next major addition to the ez2view application – providing visibility of the second major data sets that the AEMO had begun publishing late in 2010 … that of Constraint Data. 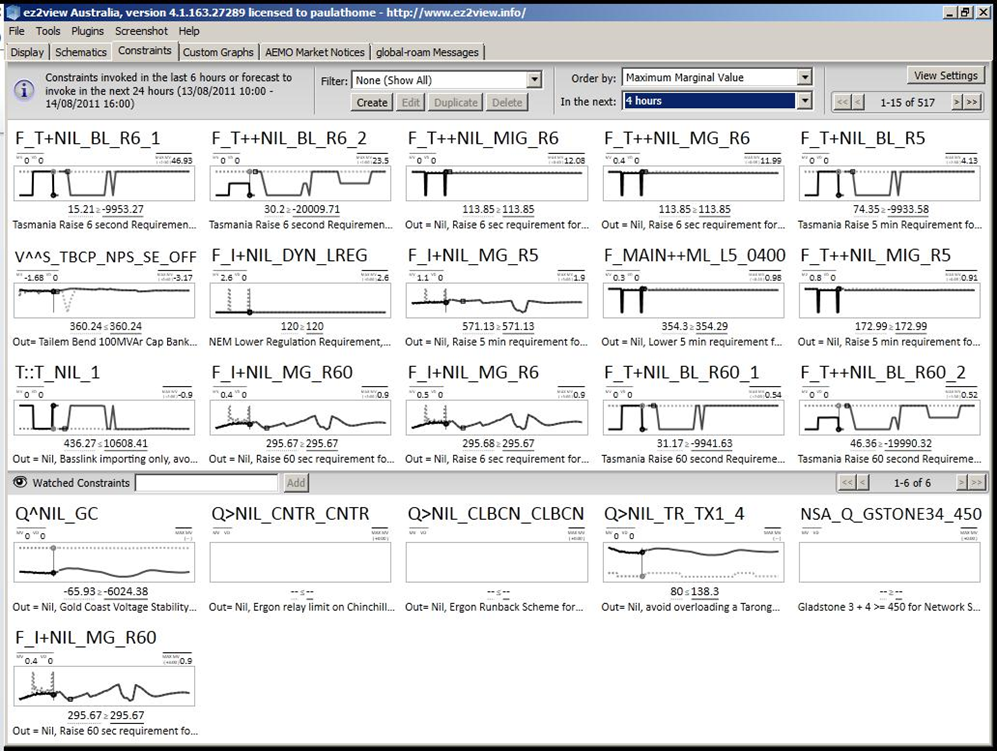 Visitors here will note that this widget (providing the continues to exist in ez2view (with some modifications), and still delivers considerable value.

Following from this release, we pushed onwards to release version 4.2 of the software.