Version 7.2 included enhancements to our forecast convergence widget where we added Wind and Solar data into the widget and enhanced the controls within the widget. 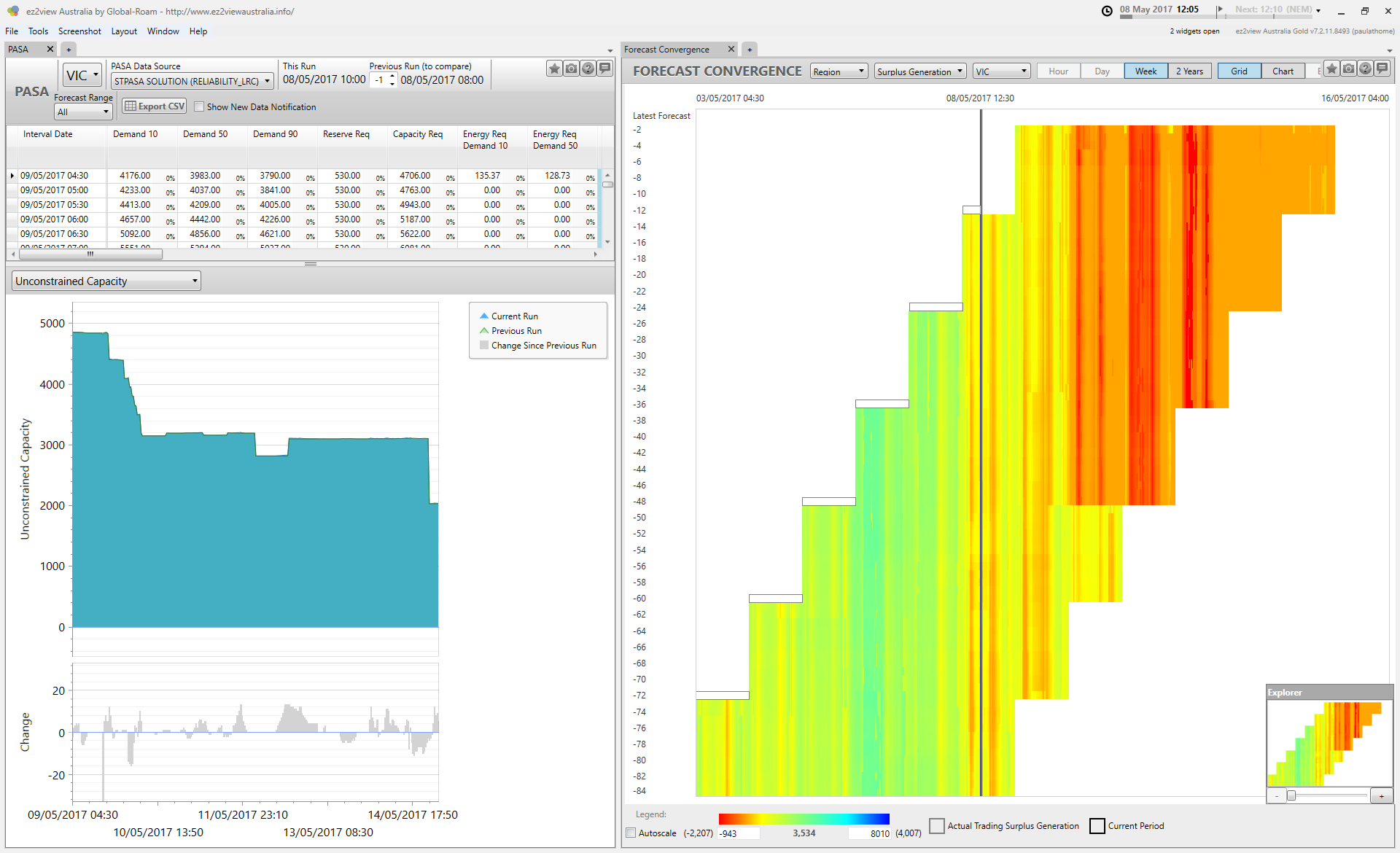 Engie’s sudden decision (in November 2016) to shutdown the Hazelwood Power station at the end of March 2017 was able to be highlighted clearly in the ‘PASA’ widget within ez2view as shown in this WattClarity® article from 3rd November 2016, featuring version 7.2.4.7276.

The release notes for v7.2.10 from 7th March 2017 highlighted the extension of ‘Forecast Convergence’ widget to incorporate aggregate availability for Wind and Solar as an additional data set.