On Wednesday 9th June 2021 we released ez2view v8.0.0.1436, which followed on from several iterations since the release of ez2view version 8, namely:

The SA Schematic was updated to include several stations (and loads) operated by SA Water including: 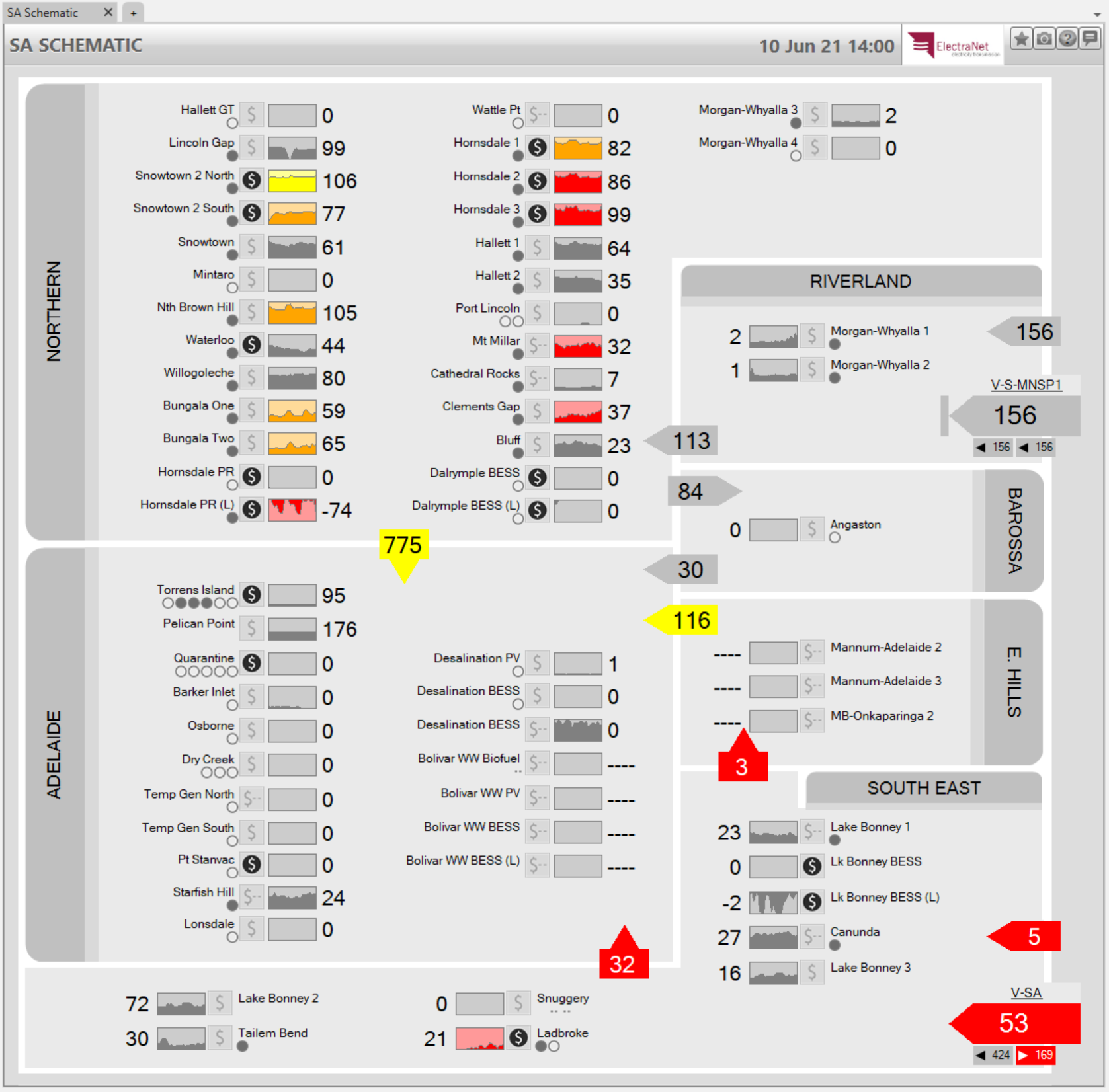 Additionaly, some of the TNSP zones within the widget were shifted to better utilise screen space and more accurately represent the geographical layout of the region.